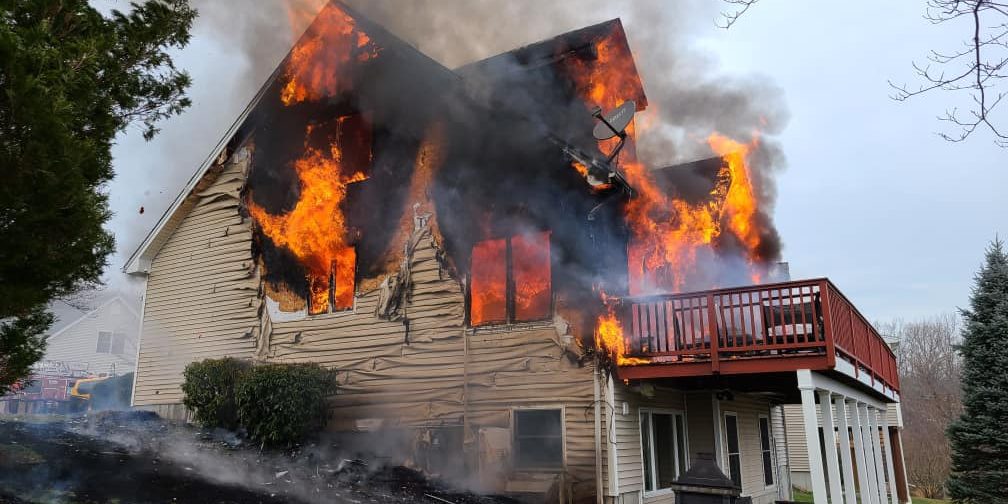 At approximately 12:44 PM on January 14 the Shelton Fire Department was alerted to a report of a house on fire on Waterford Lane. Upon arrival of the first fire units, fire was visible from two windows on the right side of the home. As apparatus arrived fire attack lines were put into operations through the front door to attack the heavy volume of fire inside the home. The homeowners had evacuated prior to arrival of the fire department. The fire was extinguished within 20 minutes of arrival. Extensive overhaul and suppressing of hotspots took place. Two firefighters had stepped through a weak floor on the second floor but were not injured. The fire marshal‘s office is conducting the investigation. Approximately 30 firefighters were on the scene under the command of Fire Chief Francis Jones. Other units on the scene were Cars 2, 4, 5 and 6. Engines 2, 42, 32, Ladder 47, Utility 4 and utility truck 40. Fire units were clear of the scene within 2 hours.